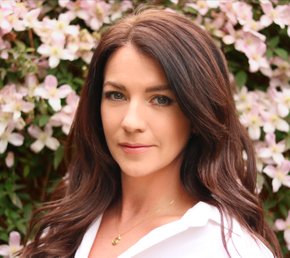 Monica began her classical music training as a pianist on the Junior Programme at the Royal Scottish Academy of Music and Drama (now the Royal Conservatoire of Scotland) when she was 13. She spent 4 years studying piano and voice whilst playing trumpet in the orchestra before being accepted onto the BMus course in 2006 to study voice. Whilst there she enjoyed competition success, winning the Jean Highgate Scholarship Award in 2008, and coming second in the Hugh S Robertson Scots song competition in 2009. She appeared in a range of opera productions in chorus but more notably in the role of Gherardino in the RSAMD Scottish Opera co-production of Gianni Schicchi in 2007, one of the nuns in Les Dialogues des Carmelites in 2008 and creating the role of Else in the 2010 world premiere of Kaspar Hauser.

In 2010 she left Scotland for London to spend a summer singing with Grange Park Opera in their summer festival before joining the Royal College of Music on their Masters in Vocal Performance Course.

Her studies were generously supported by the Simon Fletcher Charitable Foundation, Robertson Trust

scholarship from the RCM. During her time at both

Conservatoires she was a regular pianist playing for

which she now credits as she regularly coaches

During her first year in London Monica covered

the role of Frasquita for Scottish Opera in 2010,

and covered Adina for Haddo House in their 2011

production of L’Elisir d’Amore. She graduated with

Distinction in her Masters Degree 2012 and went

on to sing with some of the country’s leading

orchestras including The Royal Liverpool

Orchestra, The Orchestra of Opera North

and The Royal Philharmonic Orchestra.

Highlights include singing at The Royal Albert Hall

for HerMajesty The Queen , The Barbican Centre,

In recent years she has enjoyed competition success,

Opera competition and a finalist in the2016 Susan Chilcott Award.

In 2013 she joined  English National Opera's ‘Opera Works’ course where she studied the roles of Adina, Morgana and Susanna. Since completing this course in 2014 she has taken an active part in ENOs Baylis programme singing Leila for their 2014 Pearl Fishers project and in 2016 singing Cio Cio  San for the many community projects of Madame Butterfly.

In the spring of 2016 she sang the role of the Wise Woman in the world premiere of The Glass Knight at Saffron Hall, that summer she sang Gontran for Pop Up Opera’s production of Une Éducation Manquée. In 2017 Monica was dealt the devastating blow that she had Thyroid Cancer and underwent emergency surgery and treatment in London. She was delighted to recieve the all clear mid 2017 and returned to the stage 6 months after her surgery to sing Leila for Opera Bohemia in a Scottish touring production of The Pearl Fishers in July and August. 2018 saw Monica make many appreances as Mimi, first with Kensington Symphony Orchestra and later with Opera D'Amore. The last year has seen Monica sing interntaionally firstly with the Royal Opera House tour in Japan and then in Sweeney Todd with Bergen Nasjonale Opera.

Monica is also passionate about bringing music education to children. In 2012 she became an ambassador for the Prince’s Children in the Arts Foundation, even running the London Royal Parks half marathon for this cause in 2013. She has been the musical director of many shows for young people including Oliver, Mary Poppins and Joseph and the Amazing Technicolor Dreamcoat, Bugsy Malone and High School Musical. She wrote a musical version of Macbeth which was performed in the summer of 2016.

Monica is probably most recognised for the part she played in the Queen’s Jubilee celebrations in 2012 when she was one of the singers who sang the national anthem for Her Majesty during the Thames Pageant, in what has now been affectionately named 'the Drowned Rat's Chorus'. 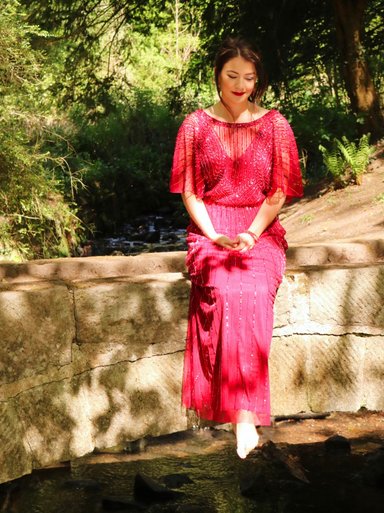